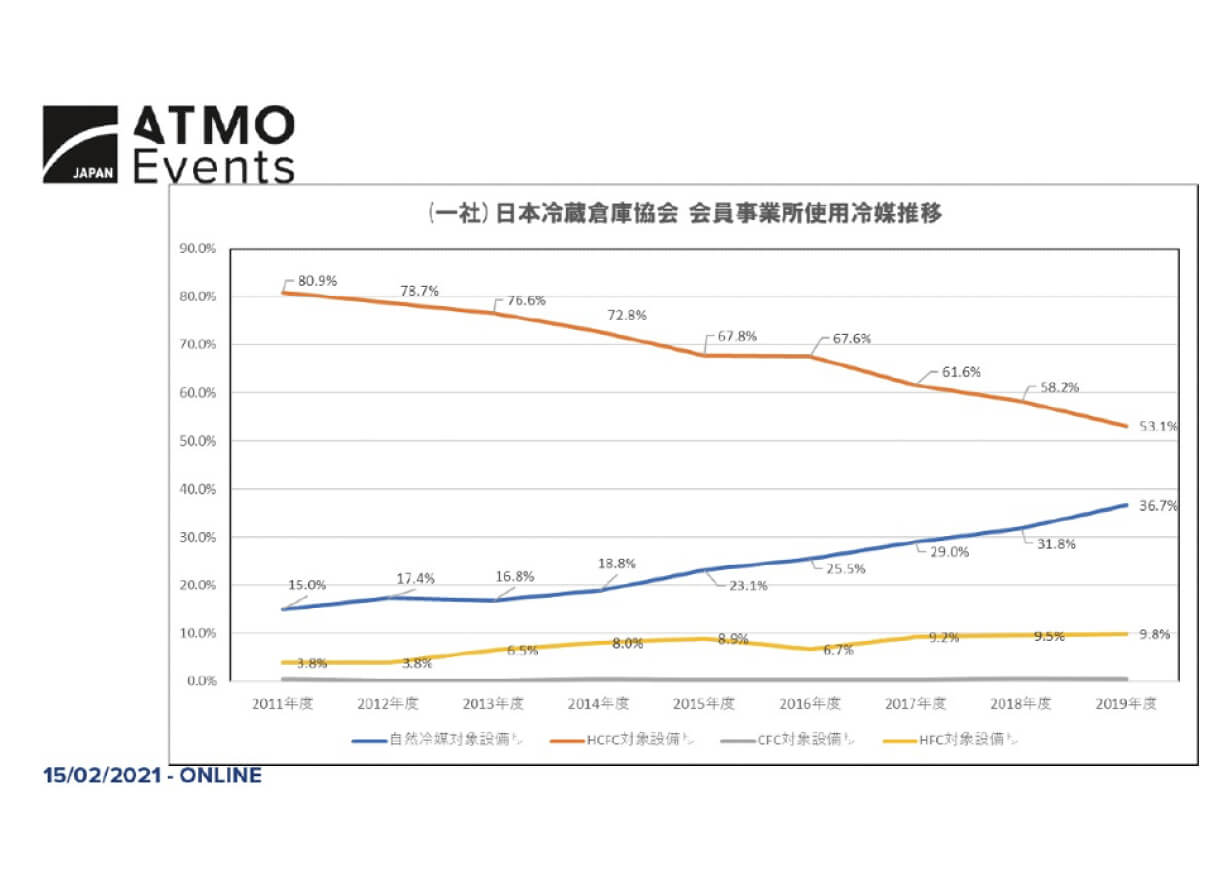 The title of the slide reads "Change in refrigerants used by JARW member firms." The blue line shows the trend for natural refrigerants.

Ammonia/CO2 systems are currently the most popular.

The rate of natural refrigerant use among Japanese refrigerated warehouse operators, which has doubled since 2011, is expected to double again in the next five years, according to Japan's Association of Refrigerated Warehouses (JARW).

This was a key takeaway from the association's most recent annual refrigerant use survey of its members.

Shigekatsu Koganemaru, Vice Chairman of the Association's Environment and Safety Committee, presented results from the survey during the ATMOsphere Japan 2021 conference, held online on February 15 and organized by shecco, publisher of this website.

Among the natural refrigerant systems used in 2019, ammonia/CO2 systems had the largest share at 67.0%.

Much of the increase is attributed to the availability of government subsidies provided for the installation of natural refrigerant systems in cold storage applications in Japan, said Koganemaru.

"We are very grateful for the Ministry of Environment's subsidy program"-said Koganemaru.

"If the subsidy program is continued, we expect the usage rate of natural refrigerants to double in the next five years."

Koganemaru also said that he predicts the use of R22 will fall below 50% in next year's annual survey.